Troy Davis to be executed after parole board denies clemency.

A Georgia parole board has denied clemency to Troy Davis, the death-row inmate whose case attracted international attention amid what supporters say are significant doubts over his guilt. With the failure of Davis' last-ditch appeal, announced Tuesday morning, he appears all but certain to be executed by lethal injection Wednesday at 7 p.m.

"He's guilty," Joan MacPhail-Harris, the widow of the Savannah cop who Davis was convicted of killing, told reporters Monday before the board announced its decision. "We need to go ahead and execute him."

Davis, 41, was convicted of the 1989 murder of Mark Allen MacPhail, an off-duty Savannah, Ga. police officer. MacPhail, who was running to the aid of a homeless man being pistol-whipped, was shot three times in a Burger King parking lot before he could draw his weapon.
Spare me the sob story, he got what he deserved.
Posted by The Debonair Dudes World at 8:31 AM No comments:

Isn't it cool to have a president who loves basketball so much that he lets everything else go to hell?
Are you ready for this? 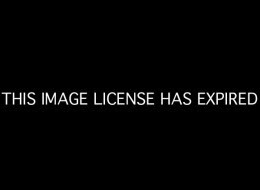 So at a whim he takes Air Force One, at a cost of roughly $180,000 per hour to operate and costs us taxpayers at least $365,000, not including the staff costs and other expenses to take David Cameron to a college basketball game in Ohio. So, at an expense of who knows how many millions, he takes his little buddy to the game. What an immature little child he is.
But think of it this way, the more we can keep him away from the White House the better it is for all of us.
Posted by The Debonair Dudes World at 8:33 AM No comments: