American’s Cannot Claim Credit for Their Own Success! A Socialist In Action. 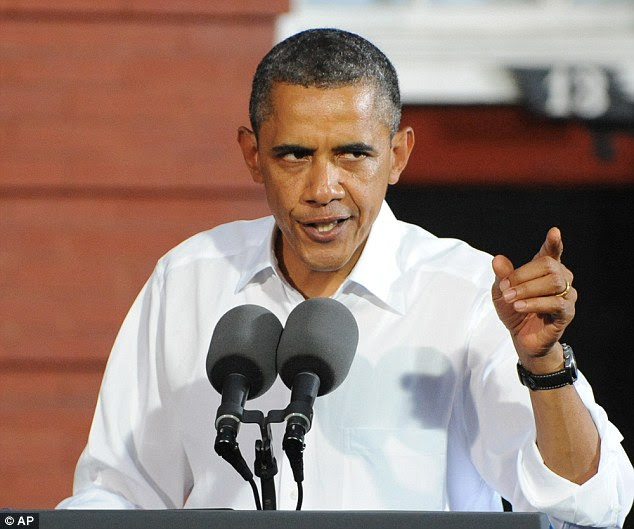 So our Dear Leader has finally shown his real Spots!
This is  what the president actually said. No One Actually Achieves Anything On Their Own!
There are a lot of wealthy, successful Americans who agree with me — because they want to give something back. They know they didn’t — look, if you’ve been successful, you didn’t get there on your own. You didn’t get there on your own. I’m always struck by people who think, well, it must be because I was just so smart. There are a lot of smart people out there. It must be because I worked harder than everybody else. Let me tell you something — there are a whole bunch of hardworking people out there.
If you were successful, somebody along the line gave you some help!
Am I hearing thing correctly?  Is this the President of the United States speaking?
The first thing to say about this president’s speech is that it is very, very obvious that these are the words and the philosophy of a Marxian Socialist. Failure, and Ignorance is thy name Mr. President!
This President implies that his opponents success is something to be ashamed of.
Are Americans supposed to be ashamed of success coming from hard word, and talent? Maybe some of his Socialist advisers should read up on how successful got to be successful.  And read up on how to be an American period! And while they are at it, his wife could use a few lessons too.  Someone should be teaching him because this President knows very little about the American way, and the private sector or about how capitalism is supposed to work.
This is one of the more detestable speeches that this inept “President” has ever made. He actually has shown his Socialistic traits in this one. . He was completely condescending towards any American who has made it on their own.  YES ON THEIR OWN!
I wonder if he had John Kennedy in mind when he was speaking. He certainly wasn’t speaking about Harry Truman.
Steve Jobs didn't build Apple, that Henry Ford didn't build Ford Motors, or Bill Gates, the founder, of Microsoft, and by the way,  Papa John didn't build Papa John Pizza with  Affirmative Action, and it was A.G. Lafley who took Procter & Gamble when it was a sinking company and turned it into what it is today.  Or a man named John Chambers the head of Cisco Systems, or Walt Disney, or a Jewish LEGAL immigrant from Poland who migrated to Brooklyn, NY named Murray Handwerker, who turned his father's Coney Island hot dog stand into a national franchise know as Nathan's Famous from a $300.00 loan from his father’s friend named Jimmy Durante long before he became the famous entertainer that he was.
Obama should know all about that!

If this President gets a second term, he will probably give the keys to the Country to the Russians as well as all of our technical and classified secrets along with it.

We have already seen Obama feeling pretty cocky and confident about winning the upcoming election, when he was caught on that open mic  following a meeting between Obama and Russian President Dmitry Medvedev, when Obama asked for "space" to deal with missile defense.

So now we see the result of this.
Two Russian strategic nuclear bombers entered the U.S. air defense zone near the Pacific coast on Wednesday and were met by U.S. interceptor jets, defense officials told the Free Beacon. It was the second time Moscow dispatched nuclear-capable bombers into the 200-mile zone surrounding U.S. territory in the past two weeks. We shouldn’t be surprised!
Does this man think that All of us Americans are people who sit around  on their ass’s all day, And enjoy being taken care of by the Federal Government?  Is that  what made this country as great as it is?
Day after day we see that insanity is running the country. There is a segment of the country who feel that they can get away with anything including murder and it gets worse week by week, and day by day. They worship the ground that he walks on, they put halos on his head. They are known as liberals and or progressives, these are the idiots who drooled and swooned over every world that this fraud says..
God help us all if this man gets re-elected!
Posted by The Debonair Dudes World at 9:22 AM