The Spin Master At Work 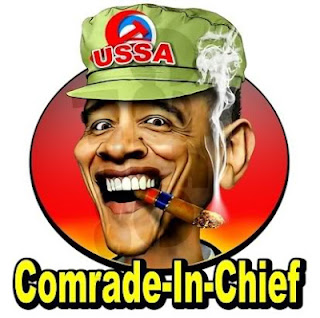 SpinMaster, Race baiter, SpinMaster, Propagandist and Marxist,Extraordinaire, Barack Hussain Obama's strategy in this election is pretty clear. He and his campaign people will bring up one or two negatives, mostly manufactured by them, each week between now and the election. And when proven to be liars, they will move on to the next lie. But what is so mind-boggling is the amount of these clueless brain-washed America  people who have actually bought his line of crap, and all these accusations against Mitt Romney. the more they attempt to shovel all these distortions down our throats, the harder it is to dig himself out of the hole he digs.

Like, I will close Gitmo, I will repeal the Patriot act, I will be the most transparent administration ever and everything will be on C-Span, If you pass my 1 trillion dollar stimulus unemployment will not reach 8%, I will immediately start bringing troops back from Iraq
Obamacare will reduce the deficit and provide health insurance for all Americans.
And how about “We need tougher border security, and a renewed focus on busting up gangs and traffickers crossing our border”
My stimulus will create more and more jobs etc, etc, etc. Impressive, huh?
Except they were all either liars or stupid distortions, take your choice.

And the most humorous part of all this is that these Progressive IDIOTS are blogging about Mitt Romney Flip Flopping!
These are the same Numb Skulls who are still blaming George Bush for all Obama's failures.
But what can you expect from a inept  administration that has nothing to offer but new stories about it being someone else’s fault?
To put things in it's proper perspective, the admitted then-candidate Barack Hussein Obama according to a transcript of his 2008 “closing argument” speech released by the Chicago Sun Times. said and I quote, “If you can't beat your opponent's ideas, you distort those ideas and maybe make some up."


Does that need any explaining to anyone?
It's Obama'a re-election strategy.  If you aren't as sick as I am about Obama and his whole entourage then you just aren't listening!   This whole bunch are despicable human beings, and don't belong in our White House..
Obama has accused Romney of being an "outsourcing pioneer" who invested in companies that shipped jobs to China, India and elsewhere overseas. Now hows that for the Pot  calling the Kettle Black and the sleaziest occupant of the Oval Office in the last hundred years.
How about producing a real birth certificate. Explain how he got a social security number from a state he never lived in. Explain why he claimed to have been born in Kenya!

You would think that Obama's biggest would be his past association with ass-wipes like Rev. Wright, and Bill Ayers and the rest of those domestic terrorists.  And the lack of anything meaningful that this amateur has done.  Nothing but failed polices, except that Obamacare bill that he passed by Hook and Crook, by making backroom, closed-door deals,
We all can remember that Lame-brain, sicko, deranged Nancy Pelosi  selling her soul to the devil saying “We have to pass the bill so you can find out what is in it”!   You have to wonder if she does Stand Up Comedy on weekends, right?  Or maybe it's just that she like so many others in this administration  are on Drugs!
And this is someone who held the 4th highest office in the Country!
Every time the Dog Eater comes up with another so called "REFORM" he puts the country further and further into debt.
But what can you expect from an administration that has nothing to offer but new stories about it being someone else’s fault? And they will keep it up until November

Make no mistake about it, the Progressives are the disease that is eating away at this country.
Posted by The Debonair Dudes World at 9:13 AM