Could It Possibly Get Any Worse?

Can you imagine what they'd write about Obama if they didn't love him twice as much as they hate us?

Think things are bad now?
We have the lackluster Jimmy Carter wannabe president, who is a bigger disaster than the United States has ever had in the White House.
Tuesday's loss for him in Wisconsin's Gubernatorial recall was a slap in his face, considering everything they did to stop Scott Walker from winning, including calling in the Big Guns aka Bill Clinton!  And then topped from last week's dismal unemployment numbers, just when he need  some good news more than ever.
However there was some good news for the Zippo in Chief.  His trip to New York City on Air Force One for not one, not two, but three more campaign fundraisers, went well!.  That makes nine fundraisers in the last two "work" days. Pretty damn good for a loser.

Obama's money-grabbing fund raising, with tickets ranging from $5,000 to $40,000 per head, was a slap in the face to all his “Little People” at home who are out of work!  Yes  Instead of the 200,000 or so needed to show growth in the private sector, there were only a total of 69,000 new jobs!  The worst showing in over a year. The official unemployment rate ticked up to 8.2%. But if you really want the true unemployment rate, it’s well over 14%.  A sure sign that the economy is slumping again. And the feared Double-dip recession is more likely than Obama's recovery plan.The U.S. economy has been staggering for months if not years and we still have  millions of people out of jobs.  We have lost nearly 9 million jobs lost since the start of the recession. And no matter how you spin the figures, the official unemployment rate has hovered around 9 percent or 10 percent for more than two years.
Obama has promised to focus his work on jobs, and instead all we see of him doing is campaigning and fund-raising.  What exactly has the Obama and his lame administration done to create jobs so far besides blame Bush? I for one am still waiting for an answer!
The stock market reacted with its worst day since November, a drop of 275 points or 2% of total value, erasing all of 2012's gains.
Bill Clinton, Obama’s new top surrogate to criticize and attack Romney’s business career, screwed up and advised Barack Obama's re-election strategists to stop trashing Mitt Romney's work in the private equity industry, and that didn't go to well with the Obama people at all...
The economy is tanking and everybody's talking about Romney's giving a Haircut to a Gay Student 50 years ago! Liberals are SO funny when they get desperate!
Bullying is never attractive, but I've got to tell you, if Romney does have a bit of the bully in him, that's good news. Let's get tough and start pushing them around a bit. Let's stay on offense.
In my book, even if I were a Democrat (and I just bit my  tongue even thinking about it)  he would be a definite failure and he would not get my vote. To me, Obama has definitely failed the litmus test in a big way, and in every way!


Lets look at the Video Tape!
The Supreme Court is about to pass judgment shortly on his signature  achievement, what we all know as Obamacare "the nation's health care system".  They will also decide on his administration's challenge to Arizona's tough immigration law. You remember that one, the one where our Dear Leader is suing the State of  Arizona for enforcing the law. 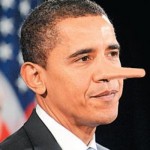 And lets  not forget the worst of all. A GIANT tax hike looms in the horizon  for us in 2013, if they are not extended before the end of 2012. And I mean for us ALL, not only for who Obama calls Millionaires, but for us ALL! The same 2013 gargantuan tax increase that  Obama pledged would never happen.
These days, the liberals aka Progressive’s don’t know whether to feel betrayed by or disappointed with Barack Obama, all they see is, broken promises,  no Jobs, a bad housing market, a sinking economy.  We hit bottom in this so-called “recovery” a long time ago and there’s no end to the misery Obama has brought to us all. This fraud Obama administration would be laughable if it were not such a serious failure!  And Obama is saying keep it working.  What a JOKE this CLOWN is.
Look, you Liberals can spin this any way you want to, you can blame Bush as you always seem to do anyway, the bottom line is that the U.S. economy has been staggering for years and we still have millions of people out of jobs. We have lost nearly 9 million jobs lost since the start of the recession. And no matter how you spin the figures, the official unemployment rate has hovered around 9 percent or 10 percent for more than two years.
Obama has now had plenty of time since he was elected to get something done about it and he hasn't done anything right. The real unemployment rate is actually at 14.5%,and maybe even higher no matter what Obama claims it is. But the numbers are certainly higher than the cooked-books handed out by the Obama administration, that's for sure..
Obama has promised to focus his work on jobs, and instead all we see of him doing is campaigning and fund-raising. , What exactly has the Obama and his lame administration done to create jobs so far besides blame Bush? I for one am still waiting for an answer!
I think the honest hard working Democrats are disgusted with their party. I predict they will stay home this November and not vote. Romney wins in a landslide. Obama and Queen Moochy have been exposed for what they really are.... Zero .Seriously, how stupid do they still think we are?
Posted by The Debonair Dudes World at 9:39 AM