Label this one, No Brains, But Plenty Of Balls! 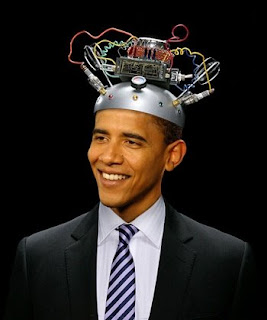 Or maybe the Joke Is on Us!


Obama said:  "If the Supreme Court rules against President Barack Obama's signature health care reform law in a decision expected at the end of the month, it could mean that he will have to go back to the drawing board during his second term"!
Obama has been running around and actually say that he  must be re-elected so that he can get the economy rolling again.
Or maybe  we will have to Pass this bill to find out what's in it.
After wasting over a year on this illegal piece of CRAP of and watching our  economy tank to the level it's at now,, why give him one second a term to make things even worse?
Let's hope that Obama's is going to lose his Socialist agenda in the Supreme Court with Health Care and Immigration in June and in the up coming  election in November.  Let's hope that this Socialist inept, pompous idiot FAILS! Let's hope that we get a NEW President in November who respects our Constitution.

“Any man who is under 30 and is not a liberal has no heart; and any man who is over 30 and not a conservative has no brains.” — Winston Churchil
Posted by The Debonair Dudes World at 7:52 AM